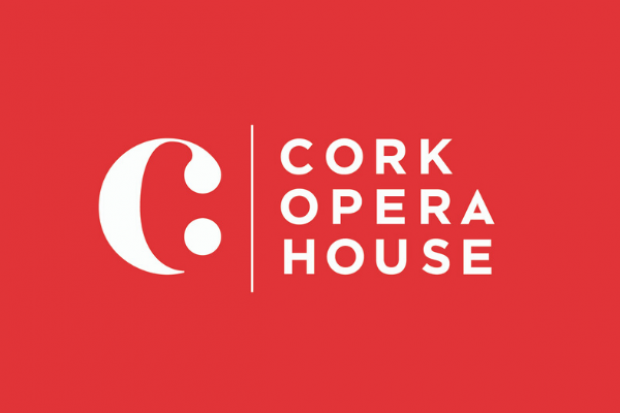 Hotel marketers are using short-form video campaigns on social media app TikTok to get views from millions of potential guests. In many cases, this interest – revealed by the popularity of tags such as #smallluxuryhotels (over 3 million views), #hoteldesign (over 13 million views) and #besthotel (33 million views) – leads people to book trips. .

“TikTok is no longer seen as a teen dance app,” said Richard Hyde, chief executive of Small Luxury Hotels. “The platform is aging rapidly. We have seen engagement from users of all ages on our Small Luxury Hotels of the World account.

AdWeek reports that as the China-based viral video app becomes more sophisticated, the age of its population continues to increase along with the number of users. TikTok was the most downloaded app of 2021, with 656 million downloads.

Regardless of user generation, the appeal of content is universal, Hyde said.

“Authenticity is quickly becoming the new cultural currency,” he said of taking a more “behind the scenes” approach. “Our hotels are experiential, entertaining, spontaneous, nurturing and fun – like Tik Tok. The platform doesn’t require polished content. Users will sniff out professionally made videos and they won’t perform as well. Our TikTok strategy is based on presenting our beautiful hotels from a customer’s point of view.

This strategy is even better for brands with limited resources, as promoting user-generated content can save on talent scouting while capitalizing on the poster’s subscriber base.

Here are three hotels whose user- or staff-generated design-focused content has gone viral.

Small Luxury Hotels recently hired a new member of its social media team to create content for a burgeoning repository of TikTok content. One of this team’s projects was to capture footage of the Villa Franca in Positano, which now has over 400,000 views.

Another smash hit was a campaign for The Retreat Elcot Park in the English countryside, timed around the same week as the second season of Bridgerton has been freed.

“With the Bridgerton tag trending on TikTok, we entered into this cultural conversation in an authentic way,” Hyde said. “Using a sound clip from the new series, we described the hotel as a place that Bridgerton fans must visit.

“TikTok reached an audience of 50,000, 86% of whom discovered the video through the ‘For You’ page, meaning they weren’t following us yet,” Hyde said. “The comments were filled with friends tagging each other saying they had to visit the property.”

“In addition to discoverability, saves are an important metric for us,” Hyde explained. “Users now save destinations they would like to visit in the future.”

Pod Hotels are renowned for their modern micro-accommodations – but as a small brand, a marketing professional’s ‘team’ can often feel a little small too, says Shanna Soares, Director of Marketing and Digital Strategy .

It’s one of the reasons she and hotel management sponsored a social media “residency” last summer for six creators, with TikTok a particular focus to help build hype online. . One of the most successful posts came courtesy of Dylan Mulvaney (@dylanmulvaney, 8m followers), who was hosted in a Pod Pad apartment.

Its most successful content has focused on mid-century modern accommodations that offer about five times the square footage of the average Pod guest room.

But a code going back to Mulvaney’s post shows more conversion in hotel rooms than in monthly apartments, Soares said. This video alone has garnered 668,000 likes so far, which is a testament to the power of testimonial marketing.

“Dylan really resonates with his followers,” Soares said. “She has a genuine presence and brings positivity and joy to the content she creates. Getting a fresh perspective is extremely valuable. Especially with digital marketing, staying up to date is so important.”

The main way to do this these days is to expand attention outside of Instagram and older platforms.

“We have to use tools like TikTok,” Soares said. “We are an economic property, not a big international brand. But we’re in really cool neighborhoods. So the more you can highlight these areas and the hotel, the better. »

She likes the platform in particular because it’s an “educational opportunity” for potential customers who may have heard of micro hotels but don’t know much about the concept. Like Hyde, Soares touts the authenticity factor.

“We want the consumer to see that our rooms are fun, functional and that there’s enough space here,” Soares said. “But for others, it may not be for them. And it’s a great opportunity for them to see that too. These videos are a way for us to be super authentic. Video gives you a much better overview of these things, and TikTok doesn’t need to be as polished as a video we would produce to host it on our website.

Pod Hotels has also had success with other user-generated content like Morgann Book (@morgannbook, 2.8m followers). His article on the design and politics of Pod as one of the few hotels in New York to accept reservations from the age of 18 has been viewed 68,300 times and shared nearly 1,000 times.

He describes Ladera’s spectacular landscape — 36 rooms and villas with stunning views of the Piton Mountains and the Caribbean Sea — and then he sees it on TikTok.

Words can barely do justice to the open-air concept here, originally pioneered on the island by American architect John DiPol for a mountaintop restaurant. Hotelier Ralph Hooper purchased the property in 1988 and continued the open concept in each accommodation.

Ladera takes a page from Pod Hotels and has found her biggest TikTok success through her guests, including Alex Blodgett (@alexblodett1), who has so far garnered 3.9 million views and 441,000 likes from her private pool.

While bikini campaigns have gone the way of the dodo and the Sports Illustrated swimwear edition, there’s a lot to be said for the momentum behind what the Selfie generation will share. And others will clearly share the same – Ladera has seen strong engagement with more than 30,000 shares of Blodgett’s video.

The Saint Lucia Tourism Authority was the first to recognize the power of the platform and was one of the first Caribbean islands to create a destination-themed hashtag: #TikTokSaintLucia.

Previous Hackers use NullMixer and SEO to spread malware more efficiently
Next People have built in danger. This is Ian. 5 tips that work when starting a wholesale business

Wholesalers handle large quantities of items, so their requirements are different from those of business-to-consumer …